The morning after my Visita Iglesia in Albay, I checked out of my inn at Legazpi City and went directly to city terminal across the soon-to-open SM City Legazpi. The van terminal has destinations direct to towns outside Albay like the ones in Sorsogon and Camarines Sur. In my case, the one leading to Pilar, Sorsogon where I need to ride a fastcraft at its port bound to Masbate City.

Our van didn’t get full after an hour, so we’re asked to pay Php100 each instead. After a mere hour, we’re able to get off at Pilar Port, and bought a fastcraft ticket for trip at 12:00 noon.

After a 2-hour ride, we alighted at the Port of Masbate and I walked towards the town center where I saw a heritage house and cathedral uphill. Since I didn’t have any reservation on the island, I researched and went to a budget hostel. Luckily, I was able to get a fan room for 2 nights at Php700. I left my backpack and went on a city tour on foot. It’s my habit to go to local tourism office to get guide maps on my tour and recommendations on food trips, and that’s what I did. I was glad to get a beautiful brochure. Thanks City of Masbate! See my itinerary below: 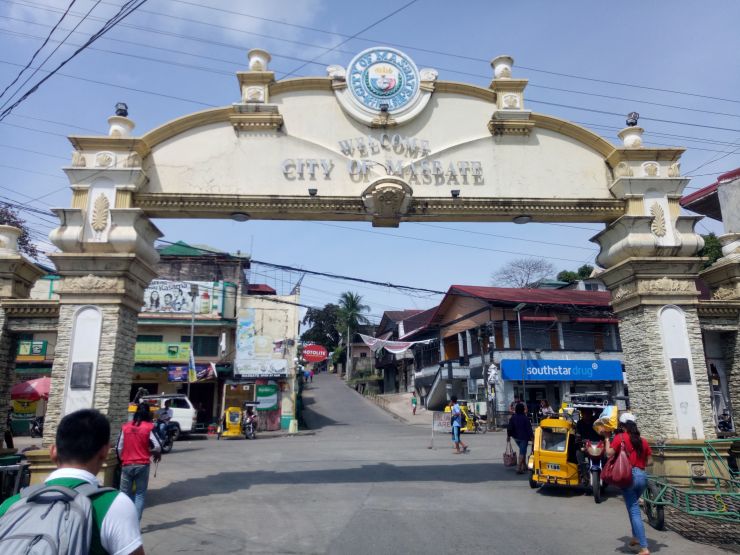 Masbate Cathedral, formally known as the Cathedral-Parish of Saint Anthony of Padua, is the Roman Catholic church located along Quezon Street in Masbate City, Masbate, Philippines. Founded in 1578 by Spanish missionaries, it is presently the cathedral or seat of the Roman Catholic Diocese of Masbate. 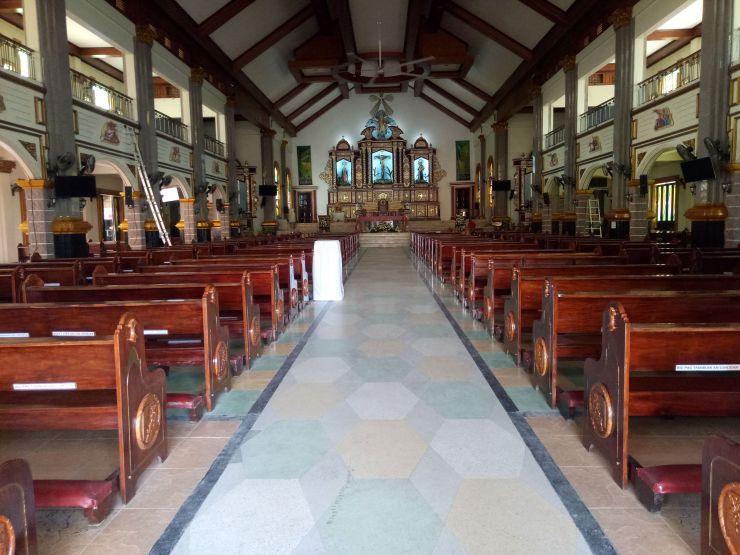 Entralled with the sun, sand and sanctuary of Buntod. It is the first established marine sanctuary of Masbate City where live hard and soft coral covers highlight the majestic underwater sceneries.

Woke up early the next day to get back to Rendezvous Hotel and ride a boat to Buntod Marine Sanctuary. Prior to visit, I already texted Mr. Jojo C Soria, president of SAMAPUSI (09204338512) that I will rent a boat for solo tour (Php500 good for 1-4 persons) and gave me confirmation. From the jump-off point, I walked from shallow bay to my boat and I asked my boatman to fetch me after one-and-a-half hour. I gave also the boat rental payment and the entrance fee of Php20 for the Buntod Sandbar. I explored the area myself with my waterproof bag. Photoshoot starts now!

After a half-day of frolicking on white sand and scorching sun, my boat arrived and took me back to the shore of the hotel. Since it was still low tide, I had no choice but to walk for hundred meters. Unfortunately, my right slipper broke. I walked with muddy feet back to the Nursery boulevard and I rode a tricycle bound to market to buy a new one. There, I bought also a kilo of dried squid as my brother asked me to bring back home.

I spent the rest of the day buying other food products (like carmelado near the port) and especially, foodtrip within the city. I’ll make another post for this.

Going back to reality the next day as my flight bound to Manila was at early morning. I’m thankful that I bragged a promo fare to explore my last province in the Bicol region. Now, I have list of places to explore in Masbate province soon from the guide brochures I got from city and provincial tourism offices. Cheers for more island adventures! (n_n)

30of31: Masbate is my 56th province so far. I dream of visiting all provinces in the #Philippines to see its beauty thru natural spots, heritage structures, local festivals and delicacies that they offer. There's a bit of immersion as I learn to speak some local language and discover our rich and diverse culture. I'm more than half way but I'm excited to unravel more. It's more fun in our country indeed! #project81 #pinasmuna #birthdaymonth #happiness #wheninMasbate #Masbate #Bicol #heritage #Buntod #sandbar #capitol #MasbateCity #province #birthdaytravel #travelgoals

Borongan, officially known as the City of Borongan (Waray: Siyudad han Borongan; Tagalog: Lungsod ng Borongan), is a 1st class component city and capital of the province of Eastern Samar, Philippines. Pronounced bo-róng-gan, the name Borongan was taken from the local word "borong", which in the Waray-Waray language means "fog". The mountainous terrains surrounding Borongan is covered by a heavy veil of fog which can usually be seen during the cold and raining seasons and in the early hours of the morning.
"When your life is moving too fast, and you find yourself in chaos, introduce yourself to each colour of the sunset."
Lawitan Farm with MZB Sept-Oct Bday Celebrants
Tagbilaran, officially the City of Tagbilaran, (Cebuano: Dakbayan sa Tagbilaran), or simply known as Tagbilaran City, is a 3rd class city and capital of the province of Bohol, Philippines. The city is a start-off point to Bohol province's attractions: the Chocolate Hills, tarsiers, white sandy beaches, dive spots, heritage sites and old stone churches.
Bulan, officially the Municipality of Bulan, is a 1st class municipality in the province of Sorsogon, Philippines. The Municipality of Bulan is located at the south-westernmost tip of the Bicol Peninsula of the island of Luzon. It is the terminal and burgeoning center of trade and commerce of its neighboring towns.
Cagayan de Oro (CDO), officially known as the City of Cagayan de Oro (Cebuano: Dakbayan sa Cagayan de Oro; Tagalog: Lungsod ng Cagayan de Oro), is a 1st class highly urbanized city in the region of Northern Mindanao, Philippines. It is the capital of the province of Misamis Oriental where it is geographically situated but governed administratively independent from the provincial government. Cagayan de Oro also serves as the regional center and business hub of Northern Mindanao, and part of the growing Metropolitan Cagayan de Oro area.
Advertisements
Advertisements
Advertisements